The winner of our Chef of the Year contest 2019, Cameron Dunbar, is the chef at The Hayesbrook School in Tonbridge. He spoke to us about what it’s like to take part in the competition and win!

How did you feel when you arrived at the competition?

I felt confident but also under pressure to do well, as I finished in second place the year before. After having a coffee and chat with the other competitors, hearing their exciting menu choices made me even more nervous! I knew I would have to be on top form. 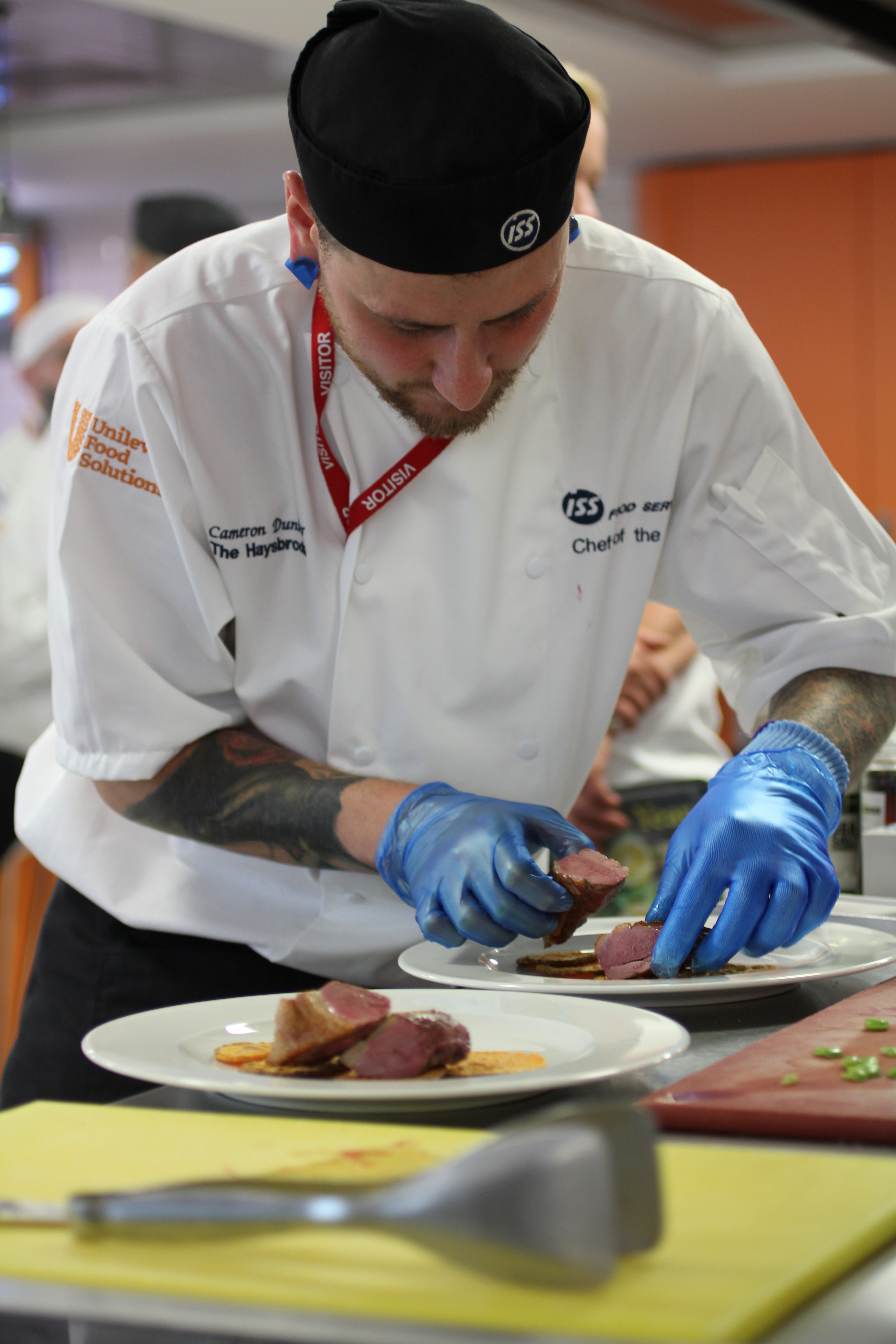 For the first round you had 90 minutes to cook two courses, can you talk us through what that was like?

When it was time to begin cooking my nerves turned to adrenaline as I started by prepping my dessert. The time goes so quickly and in the blink of an eye 45 minutes had passed! At this point I panicked and worried I wasn’t going to finish in time, but a reassuring word from my mentor kept my confidence high and helped me focus. The rest of the time went in a flash, but thankfully everything went as planned and I served four beautiful plates.

What did you think of your competition for the final?

I was amazed at the high standards set by everyone in my semi-final. The second semi-final came and went very quickly and once again the standards of the food were very impressive. I was really pleased when the Judges announced I had made through.

The final round features a mystery box of ingredients, how did you deal with that challenge?

During the briefing for the final we found out that the mystery box contained Duck breast, Salmon or Trout, and thankfully I had cooked all three before. After looking through the fruit and vegetables available I decided on the Duck, as I felt confident I could make a great dish. 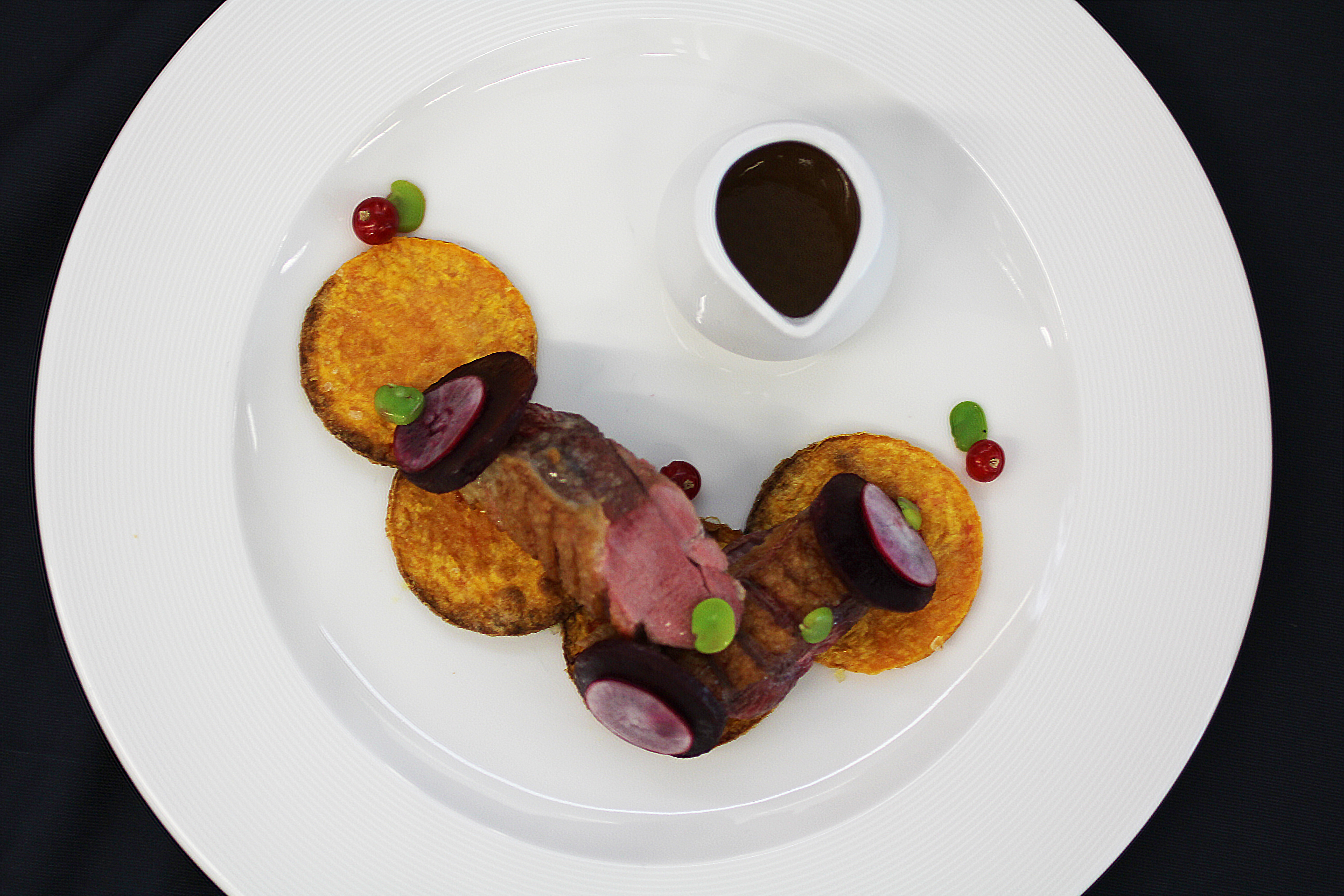 Can you describe how you felt in the final round?

It’s quite stressful having to design, prep and cook two plates in an hour. My stress levels weren’t helped when I had some equipment issues, but thankfully it was resolved in good time. The hour went by in a blur! I was relieved when it was over and felt very proud looking at what I had made.

What was it like to be announced as winner?

When it was time for the results, I felt good and knew I had cooked well on the day but still couldn’t quite believe it when they announced I had won! I’m still ecstatic that I won Chef of the Year.

Winning has improved my confidence and motivated me to push myself further with ISS. I’m looking forward to what the future holds.

Pan fried duck breast on a bed of sweet potato and beetroot,
garnished with radish, broad beans, fresh redcurrants with a redcurrant jus.